Running for charity and fitness. Age no barrier for inspirational runner Robyn

Taking up running at 64 could seem an insurmountable challenge for some, but GemLife Bribie Island resident Robyn Bell did just that, unfazed by her age.

Urged on by her daughter Rebecca, 44, who had been a marathon runner herself, the grandmother of six took up the challenge five years ago with enthusiasm, although she admits that initially it seemed a little daunting.

“I wasn’t sure how I would go but my daughter was helping to raise money for a new hospice for terminally ill children in Brisbane called Hummingbird House which opened two years ago. She came up with the idea to start a running team to help with the fundraising. That was the reason I started running in the first place,” she said.

Robyn says she was a real novice, but the running group put her on track as far as knowing the right way to progress in the sport.

“They virtually taught me to run. It’s easy to say you want to run but there are so many things you need to know such as how to breathe correctly and run effectively.” 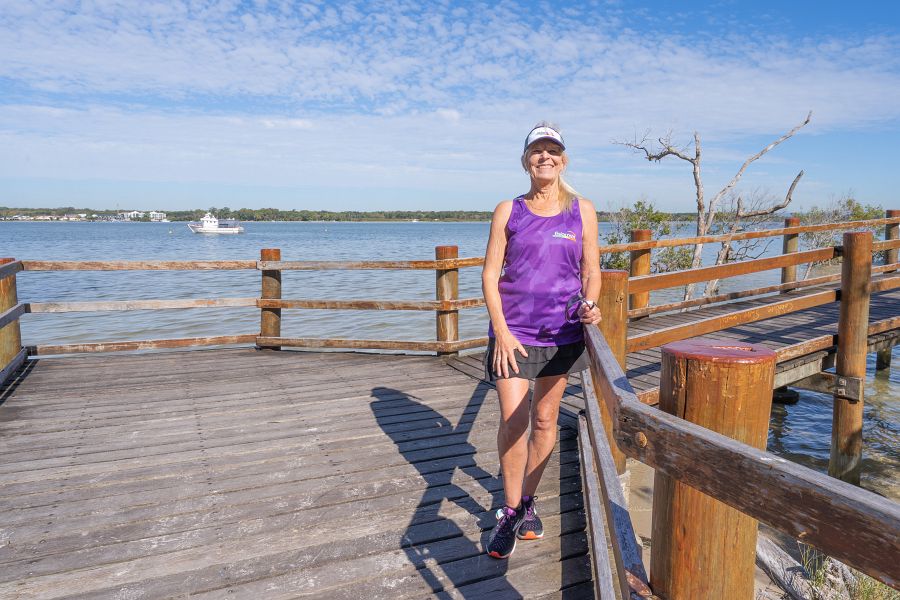 At first, Robyn would run for a while and then walk, repeating it over-and-over again until eventually she could run for a full kilometre.

“You have to build up slowly,” said Robyn.

Raising money for the hospice has since seen Robyn and Rebecca compete in many running competitions in Australia and New Zealand.

In 2016, Robyn faced her first big challenge by running 5km in the Gold Coast marathon.

“I was part of a team of 300 runners who wanted to help raise funds. Competitors ran in various categories ranging from 5km to the full marathon and we raised $30,000 for the hospice,” said Robyn.

Within two years, Robyn had found her stride and was competing in the half marathon on the Gold Coast, Sunshine Coast and in Noosa.

She also competed in the 5km event in this year’s Gold Coast Running Festival as part of the GemLife team.

“I worked my way up to the longer runs while also getting more interested in the fitness aspect. Other people do things like skiing or the gym to keep fit but I just wanted to stay fit by running.”

It must be working because in 2019 Robyn, who will celebrate her 50th wedding anniversary with husband Shane on 11 December this year, joined her daughter in a challenging marathon across trails and roads in Queenstown, New Zealand.