On the road – First Explore by GemLife travellers set off

All packed and with their travel itineraries in hand, the first Explore by GemLife travellers switched on their motors and headed off to three fabulous destinations, making GemLife history in the process. Shane and Robyn Bell could not contain their excitement when they received the news that their request to hire the new Explore by GemLife motorhome had been successful. The first at the GemLife Bribie Island resort to do so, the couple was ecstatic.

“We held hands and jumped for joy when we found out” said the couple.

The feeling of elation was coming through loud and clear with every word they uttered.

“It has all the bells and whistles, and everything we need to have a comfortable, stress-free trip. We can’t believe it,” said Shane.

GemLife Highfields couple Patrick and Jennifer MacKenzie were sitting in the pub waiting nervously for an email to tell them if they had been successful in booking their resort’s first Explore by GemLife trip.

“When we saw that it was us who would be taking it out first, we were so excited and bought a drink to celebrate,” said Patrick.

Meanwhile, at GemLife Pacific Paradise, Keith and Desley Smith could not believe their luck when told they would be the first to drive off in the resort’s new motorhome.

“It was quite incredible. We have never been this lucky before. It was so great to get one of the first chances to drive the RV, something I have never done before although I have owned four caravans and been around Australia twice, Tasmania once, down the East Coast and to the Red Centre of Australia,” said Keith.

On 13 September, all three couples set off on what were destined to be three individual travel experiences to remember in the eye-catching Explore by GemLife motorhomes.

Shane and Robyn, who are already planning their second trip, were destined for Mission Beach, south of Cairns, Patrick and Jennifer were heading west to Cunnamulla, and Keith and Desley were travelling to the popular seaside location of Bargara.

One thing they all agreed on was that the fleet of Explore by GemLife motorhomes – which feature stunning Australian scenes including Queensland’s Daintree Rainforest and Glass House Mountains, the Northern Territory’s majestic Nitmiluk National Park, and Victoria’s Great Ocean Road – were certain to attract attention on the road. 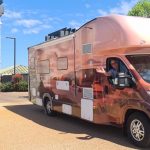 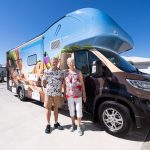 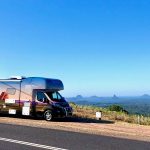 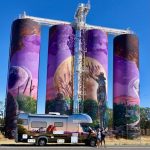