The Mystery Beneath – Hidden WWII Aircraft in the Highfields Area

Oakey, a small town just over from Highfields, played a significant part in the WW2 military effort despite its relative distance from the coast. In October 1943, RAAF Base Oakey became a training facility for No. 6 Aircraft in addition to an overflow aircraft maintenance depot for RAAF Base Amberley.

No. 6 Squadron RAAF were a training and bomber regiment that was disbanded in 1919 but reformed at the start of 1939. The squadron took part in the New Guinea Campaign and New Britain Campaign before being disbanded once again after the war. In 1948, the squadron was re-raised as the RAAF’s bomber operational conversion unit and is to this day based at RAAF Base Amberley.

During WW2, RAAF Base Oakey would relieve, repair and act as a forward depot for No. 6 Squadron aircraft operating from New Guinea and northern Australia. Servicing, assembly and test flights were conducted on a variety of aircraft including Beaufort, Mustang Norsemen, Wirraway and of course, the legendary Spitfires.

At the end of the second world war, Australia had thousands of military aircraft that had become surplus to its post-war needs. In mid 1946, RAAF Base Oakey received 554 of these aircraft which were set to be stripped down to components and scrap. It was at this point, that the historical records become rather conflicting. There are several strains of thought as to the reasons aircraft were suddenly being hidden.

Firstly, a scrap metal company was contracted to dispose of the aircraft, but it has been suggested that the company severely underestimated the time it would take. As the company was deadline-bound, an as yet undetermined quantity of aircraft were rumoured to be buried, hidden in disused coal mine shafts, or even placed in an unmarked underground hangar across a vast area – including Highfields.

It has been suggested that the personnel remaining at RAAF Base Oakey were given strict instructions that they could not go back to civilian life until their hangars were completely cleared. These people had lived through the war and were desperate to get home to their families and start moving on with their lives. Demobilisation and clearing of the base was all that stood between them, so it would stand to reason that they would move any leftover aircraft and parts as quickly and as efficiently as possible.

Since then, there have been many whispers of sightings and plenty of speculative theories about the location of the mysterious missing aircraft. A documentary, Broken Wings is currently in development hoping to finally unearth the carefully kept secrets.

James Carter and Karl von Moller, both warbird enthusiasts and film makers from Melbourne, are behind the joint venture and continue to drive the search throughout the Oakey area.

James said: “I find it amazing that we have continued to find hundreds of plane parts – including whole fuselages – on farms over 30km away from Oakey. They really are everywhere. After the war, planes stood in their hundreds on the airbase waiting to be auctioned or scrapped and many people would break in to salvage various parts, hydraulics and wheels in order to upgrade their farming machinery. We have come across entire fuselages still to this day being used as chicken coops!”

It was commonplace for aircraft to be disposed of after the war, including into the waters off the Sunshine Coast. There are an estimated 800 aircraft remaining in the dark depths of the ocean in this one location. So, it is not a huge leap to suspect such treasures lay hidden beneath the surrounding Oakey area. Even here at GemLife Highfields, we have jokingly speculated as to what could be buried beneath our site – until James told us that it is entirely possible if not probable that we could find something given Highfields resort’s rich farming history!

The mystery of these aircraft continues as they lay hidden from view, as relics of times gone by. A time of enduring solidarity throughout one of Australia’s most troubling eras in history. They not only represent the undeniable technical achievements of our service men and women, but a community that came together through a significant period of darkness and struggle. We cannot and will not forget their sacrifice and bravery in serving this country and protecting our liberty.

If you would like to read more information about the Broken Wings project or perhaps you have a possible lead that you think needs investigating, visit their website at: www.brokenwings.com.au or email at: jimmy@brokenwings.com.au.

We would like to thank James of Broken Wings for his incredibly kind submission of the wonderful photos within this article. 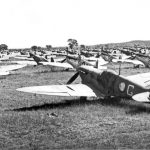 Spitfires were lined up as far as the eye could see 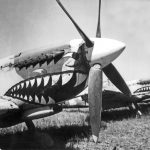 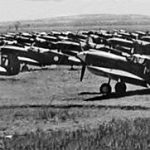 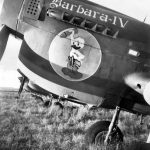 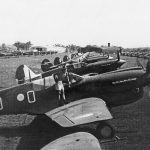 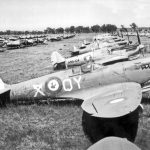 Spitfires ready for the scrappers smelter