Janelle ‘Nellie’ Hicks was captivated by the charming Japanese art of amigurumi crocheting and since taking it up over a decade ago has created some stunning stuffed dolls and animals that are in big demand by people of all ages.

The GemLife Bribie Island resident’s kaleidoscope of crocheted characters include ballerinas, lions, giraffes, teddy bears, unicorns, dolls, blankets, and even a Harry Potter doll complete with wide-brimmed glasses, all of which have been in big demand at resort markets and displays.

Nellie admits she loves the amigurumi style of crocheting, which sees all parts of the subject including the body, legs, arms, and head formed by crocheting around a circle. It is then stuffed to resemble the figure it represents.

“It’s an amazing craft and I can crochet anything now using the spiral crochet method which gives an almost 3D effect to each doll or animal created. At first, I started making beanies for people losing their hair in hospitals as well as keepsake blankets for those who have lost young babies. Now, it’s my crocheted dolls and animals that are proving popular, especially for Christmas and birthday gifts,” she said.

Making amigurumi is easy and can be learned in a few days from scratch according to Nellie, who has taught others the technique and is a member of the resort’s craft group which meets twice a week.

The recent market day at GemLife Bribie Island gave Nellie a great venue at which to showcase her homemade wares, and for attendees to buy or order some of her work as gifts for children, grandchildren and loved ones. 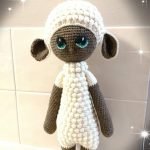 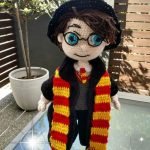 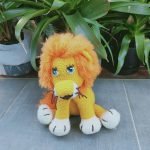 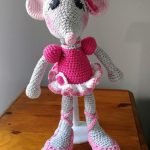 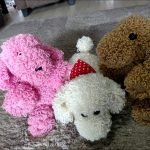