Heaven is in the details – Designer inclusions anything but standard

One of the most common remarks made by over-50s considering buying a home at a GemLife resort is about the quality of the inclusions.

From ultra-high ceilings and energy-efficient solar panels to premium kitchen appliances and tapware, prospective homeowners are frequently surprised, delighted and impressed with the quality and breadth of inclusions on offer.

GemLife Interior Design Manager Jen Kyle said that as part of its commitment to quality, GemLife wanted to ensure its standard inclusions provided everything buyers could want. “All the details have been thoughtfully considered to minimise the need for upgrades and adding to homeowners’ build costs, something quite common with many other residential builders,” said Jen.

“GemLife aims to be market-leading and by listening to the feedback of buyers and residents, we constantly refine and improve our inclusions offering.”

Sales Manager at GemLife’s Maroochydore resort Jo Michalowsky said first-time visitors to the resort were consistently blown-away by what they saw. “They love our standard inclusions. For example, all our kitchens come with upmarket Smeg appliances including the microwave, oven, induction cooktop, and Fisher & Paykel dish drawers,” Jo said.

“People also love that we provide the security screens and the window furnishings because that means they can move straight into the resort because everything is already done for them. Plumbing for fridges is another great example – nobody else does that as a standard inclusion but us,” she said.

“Many of the things that we offer as standard must be paid for as extras at other companies.”

Sales Manager at GemLife Highfields Rachael Benham said based on what she’d seen in the marketplace and through feedback from buyers GemLife provided a higher standard of inclusions.

“We stand out from our competitors. I know for a fact that GemLife offers more standard inclusions than elsewhere which means buyers get more for their money,” Rachael said. “The finishing touches are important, and we’re constantly evolving and introducing new things and people really appreciate this.”

GemLife Palmwoods Sales Manager Liz Millroy said the superior quality of the standard inclusions offered at GemLife was also a point of difference.

“We get fantastic feedback from our buyers saying we offer something different from elsewhere. They love the quality of our standard inclusions and the choice too, such as colour-schemes and flooring options, all of which help them create a home that reflects their unique tastes.”

GemLife homes come with an extensive list of designer inclusions as standard. Here are just a few.

*Inclusions may vary by resort and are subject to change. 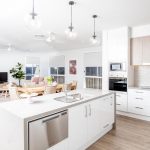 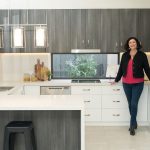 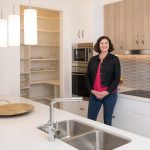 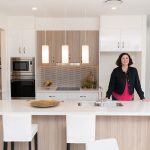