GemLife makes a splash for Kids in Need

The GemLife team took to the water on the weekend in a show of strength for the Kids in Need Dragon Boat Regatta at Tweed Heads, helping raise important funds for children with disabilities and serious illnesses in South East Queensland and northern New South Wales.

GemLife staff, together with friends and family, banded together to support the long-running regatta, with the team coming in third in their final heat – an ‘oarsome’ effort.

“Dragon Boating is a great team-bonding experience and a terrific sport for all ages. It was a proud moment to see people giving up their weekend to raise money for Kids in Need, getting together to be part of the broader community,” he said.

“Creating strong communities is part of the GemLife ethos so being part of broader community events, like the dragon boat regatta, is a perfect fit for our values.”

The Kids in Need Dragon Boat Regatta has been a highlight of the charity’s fundraising calendar since 1988. The Kids in Need Association is run by a small group of volunteers who raise funds through sponsorship and fundraising for children with chronic illnesses and disabilities.

GemLife would like to give a special thanks to Kim Meade (GemLife draftsperson Travis Meade’s mother) who joined the team at the last minute and is an accomplished paddler recently chosen to represent the Queensland state team and is a team member of the Gold Coast Dragons. In addition, GemLife would like to thank Amy Busch, a member of the Currumbin Dragons and Open Women’s 20s team who filled in for her partner, GemLife General Manager Ben Livingstone.

To support the important community work carried out by the association, please visit https://www.kidsinneedassociation.com.au 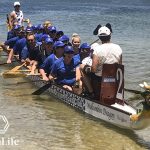 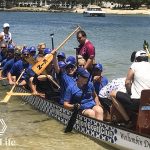 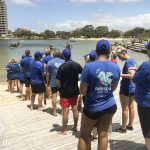 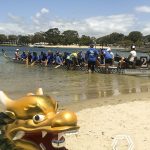 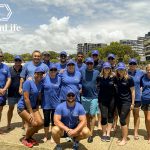 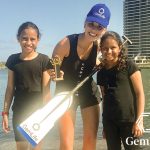 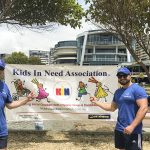 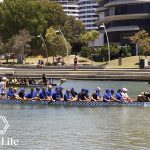