Freedom to travel and take to the road at a moment’s notice ranked high on adventurous retirees Ian and Baraba Souter’s checklist when they moved into GemLife Highfields‘ secure, gated over-50s lifestyle resort over 18 months ago.

Being able to lock-up and go when adventure calls, without worrying about security or maintenance, has seen the pair pursuing their passion for travel with gusto. Most recently, the Souters returned from a once-in-a-lifetime cruise along the spectacular, pristine coastline of the Kimberley region in far northern Western Australia – their third visit to the area, though their first time by boat, giving them a unique view of this ruggedly beautiful part of Australia.

The couple boarded a fourteen-day eco-cruise in Darwin after a month-long caravan drive from their GemLife Highfields’ home. One of the world’s last wilderness frontiers, the Kimberley is famed for its majestic canyons, ancient Aboriginal rock art and abundant wildlife, including the top end’s iconic saltwater crocodiles.

“The scenery is stunning. The colours and rock formations are spectacular. It’s so clean and pristine. There’s no rubbish or plastic bags, no graffiti,” said Barbara.

The cruise included a helicopter flight over the breathtaking four-tiered Mitchell Falls, one of Australia’s most remote and impressive waterfalls, as well as bonfires on remote beaches and, of course, incredible fishing. A trip highlight, according to the Souters, was the Montgomery Reef, a 300-kilometre coral reef that creates a cascading waterfall from its highest point due to 10-metre tidal variations. The reef’s channels are navigable by boat – the couple was able to see the reef and its marine life up-close, including sea turtles, a mother whale with calf, and plenty of sharks.
Other top highlights included the Horizontal Falls, a rare natural phenomenon created by powerful currents forced through two narrow gorges, and an incredible array of ancient Aboriginal rock art, including rare petroglyphs, a type of rock etching.

“The scale of the country is massive – nothing beats the huge, wide-open spaces and beauty of the landscape,” said Ian. 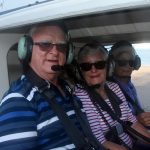 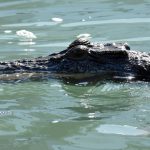 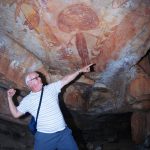 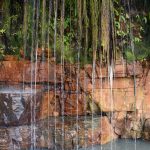 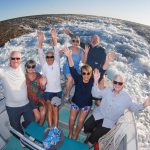 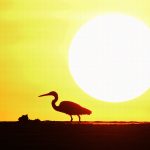 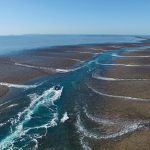 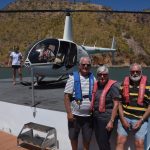 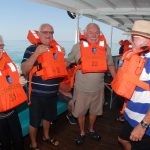 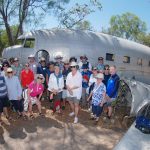 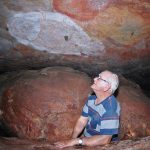 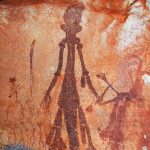